Documentary Filmmaker & Educator
Founder & Executive Director, Far East Documentary Center
​Indrani Kopal is a documentary filmmaker with a background as a video journalist, television producer, and a film editor. She is a Fulbright scholar who holds an MFA in Documentary Film Studies and Production from Hofstra University in New York. As a former Senior Lecturer in the School of Media and Communication at Taylor's University, Malaysia, her primary research interests focus on biographical films as cultural memory and national identity, citizen journalism, participatory video, collaborative storytelling, gender, identity, and sexualities.

In 2007 Indrani wrote and directed She's My Son, a short documentary film that portrays an unusual and heart-warming bond a Malaysian Indian transwoman, Sukanya has with her mother Samset. The film won the Justin Louis Award at the 2007 Malaysian’s Freedom Film Festival.

Her 2014 short documentary film The Game Changer tells the story of Susan Slotnick, who for eight years has been volunteering six hours every Sunday to teach modern dance to male prisoners at the Woodbourne correctional facility in upstate New York. It was screened in seventeen film festivals and won the best short documentary award at the 2014 Harlem International Film Festival and the American Pavilion Emerging Filmmaker Showcase 2015 in Cannes, France.

In 2018 Indrani received the Mira Nair Award for Rising Female Filmmaker at the 2018 Harlem International Film Festival for her debut documentary feature film, Incarcerated Rhythm. The film follows six men during their first three years of freedom after spending over a decade in federal prison. While serving time, all six men participated in a modern dance rehabilitation program, the only one of its kind in the United States. Now free, they must navigate old relationships, secure a job, and decide whether to continue dancing or move on.

Indrani Kopal often employs various filmmaking methodologies such as participatory video and video diaries that allows her protagonists to engage within their own story.
Download my CV 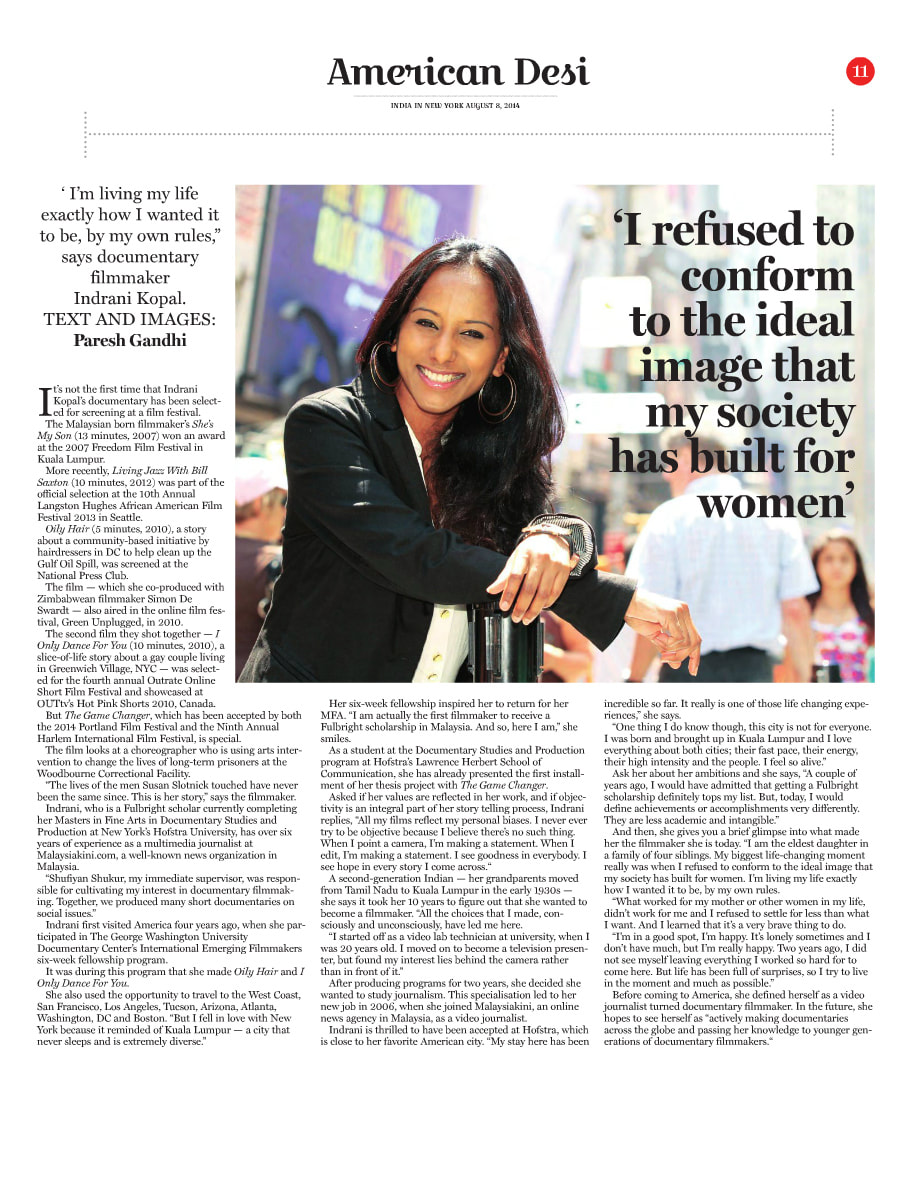